It comes to no surprise to any collector that a firm attribution to an painter positively impacts a painting’s value.  But what does this mean in the world of Bruegel / Brueghel?  The recent attribution of “Wine on St. Martin’s Day” to Bruegel the Elder from a previous attribution of Brueghel the Younger catipulted this painting’s value to 25M Euros if sold on the open market (1).  An upcoming auction for Brueghel the Younger’s “The Wedding Dance” at Palais Dorotheum on October 21, 2014 will test the value of attribution for his son, in one of Bruegel / Brueghel’s most popular painting motifs.

In February of last year at rather rough looking painting of “The Wedding Dance” was put up for auction at Bill Hood and Sons in Florida in the USA. 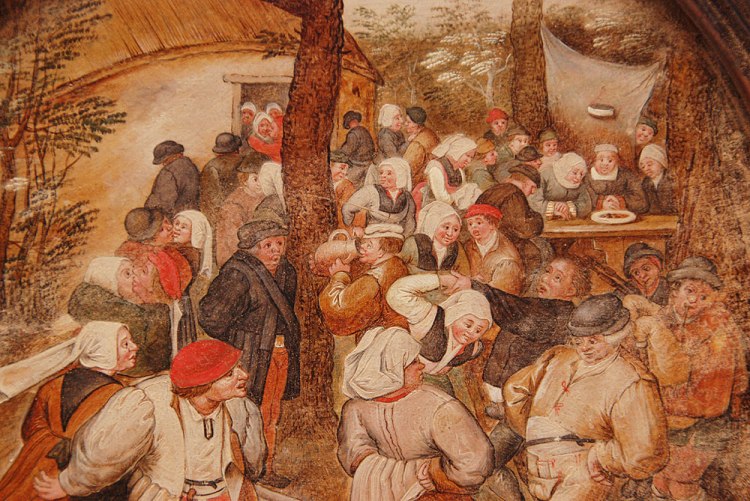 This work, “attributed to Brueghel the Younger” was estimated at $10,000, but on the day of the auction soared above the estimate to land at a sale price of $21,000. 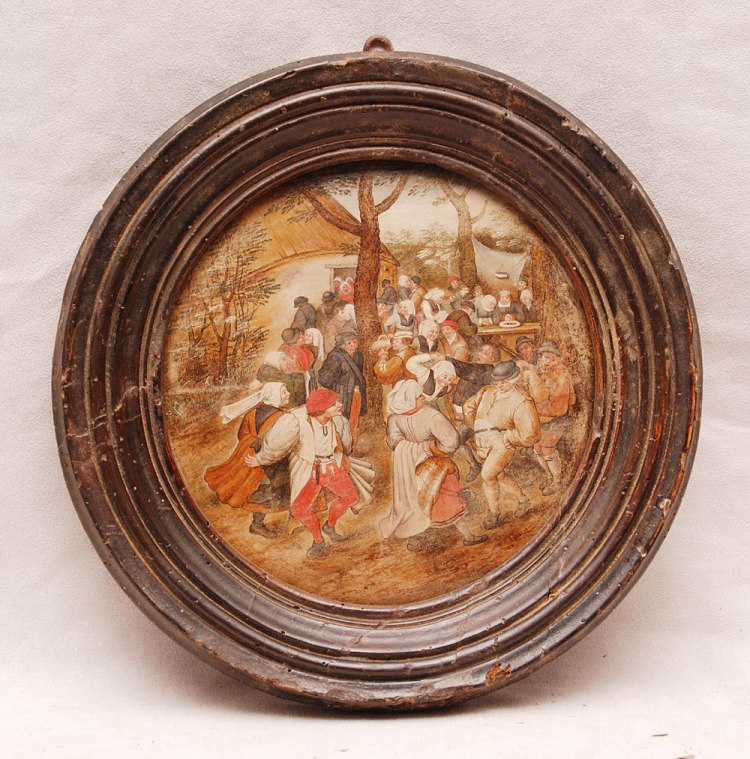 In the time since the auction, the painting was carefully restored, and the owner (or Palais Dorotheum, the seller) worked with the preminant scholar in the area of Brueghel the Younger, Klaus Ertz, to determine whether the work was an autograph Brueghel the Younger.

The Dorotheum website explains the attribution, “The present painting was analysed using X-ray technology and infrared reflectology. The analysis found that the pigment matched that usually used by Pieter Brueghel the Younger. Furthermore, the manner of working is that of Pieter Brueghel; the wooden panel was prepared using a white chalk base and the imprimatura was applied on the diagonal using a wide brush, as is the case with most of Brueghel’s paintings. The entire composition was meticulously sketched on to the prepared panel. In the underdrawing there are multiple pentimenti.”  (The phrase “meticulously sketched” is interesting, since Christina Currie and Dominique Allart in “The Brueg(h)el Phenomenon” show that Brueghel the Younger and his workshop typically used pouncing to transfer images from the preparatory cartoon to the surface of the paining.  Hopefully Currie and Allart can examine this painting to tell us more about how the image was tranferred, since it is only one of two examples of this scene in round (“tondi”) form.)

The Dorotheum description concludes by stating, “The present painting is of an exceedingly high quality and should be considered among Pieter Brueghel the Younger’s masterpieces.”

In other words, the attribution raises the price from $21,000 to up to $378,000 (the high end of the sales estimate, which I think this painting will achieve.)

Below is an image of the restored patining on sale at the auction.